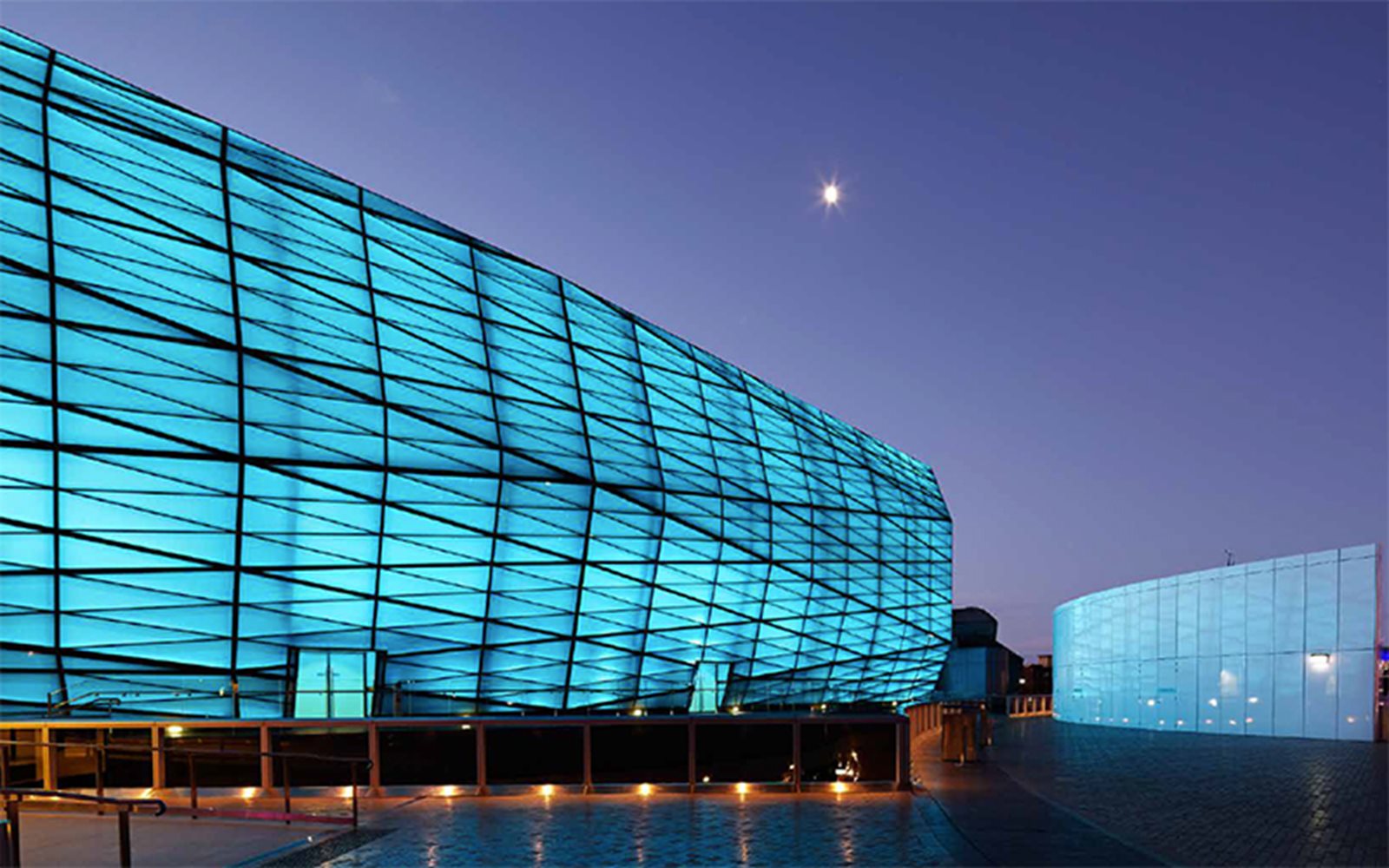 Situated on the rooftop of The Star casino complex in Sydney and offering views over Sydney Harbour and city skyline, the Star Event Centre is notable for its complex geometry.

The 7800sqm event centre extends over 16 metres above the roof of the existing casino building, which was built in the mid-1990s. One of the largest construction projects undertaken in Sydney during the middle of the Global Financial Crisis, it was delivered on time and within budget.

The $80 million complex exhibits a custom-designed glass facade that replicates the multi-faceted geometry of a gem and which can be backlit at night to create a striking light feature. The design also includes double-layered acoustic walls that meet performance requirements by absorbing high sound energy across all acoustic bands.

Principal contractor Brookfield Multiplex had a team of 35 working on the project to ensure its construction within 16 months. Among the many challenges faced were the need to install componentry in a sequenced order, a lack of storage on site requiring just-in-time delivery of materials, and the constraints of working within a confined inner-city district.

David Ghannoum, Regional Managing Director, New South Wales, at Brookfield Multiplex said: “Our team collaborated with Echo Entertainment Group to create a landmark project that will be Sydney’s premier entertainment destination for years to come. It’s an extraordinary achievement given the construction challenges created by the 24-hour live gaming environment and the tight urban site.”

The development of the complex geometric structural steel frame meant the need for a close working relationship between builder and structural engineers Taylor Thomson Whitting (TTW). By using steel framing, TTW were able to minimse the number of columns and footings requiring strengthening. This offered two advantages: a saving in cost relative to that of strengthening a large number of columns; and, because the immediate vicinity around a column requiring strengthening must be untenanted during construction, the ability for the casino site to continue operation.

The resulting structure utilises a simple hierarchy of elements, which combine to form a steel structural box that is essentially supported on eight structural columns.

A total of 800 tonnes of structural steel was used in the construction of the centre.