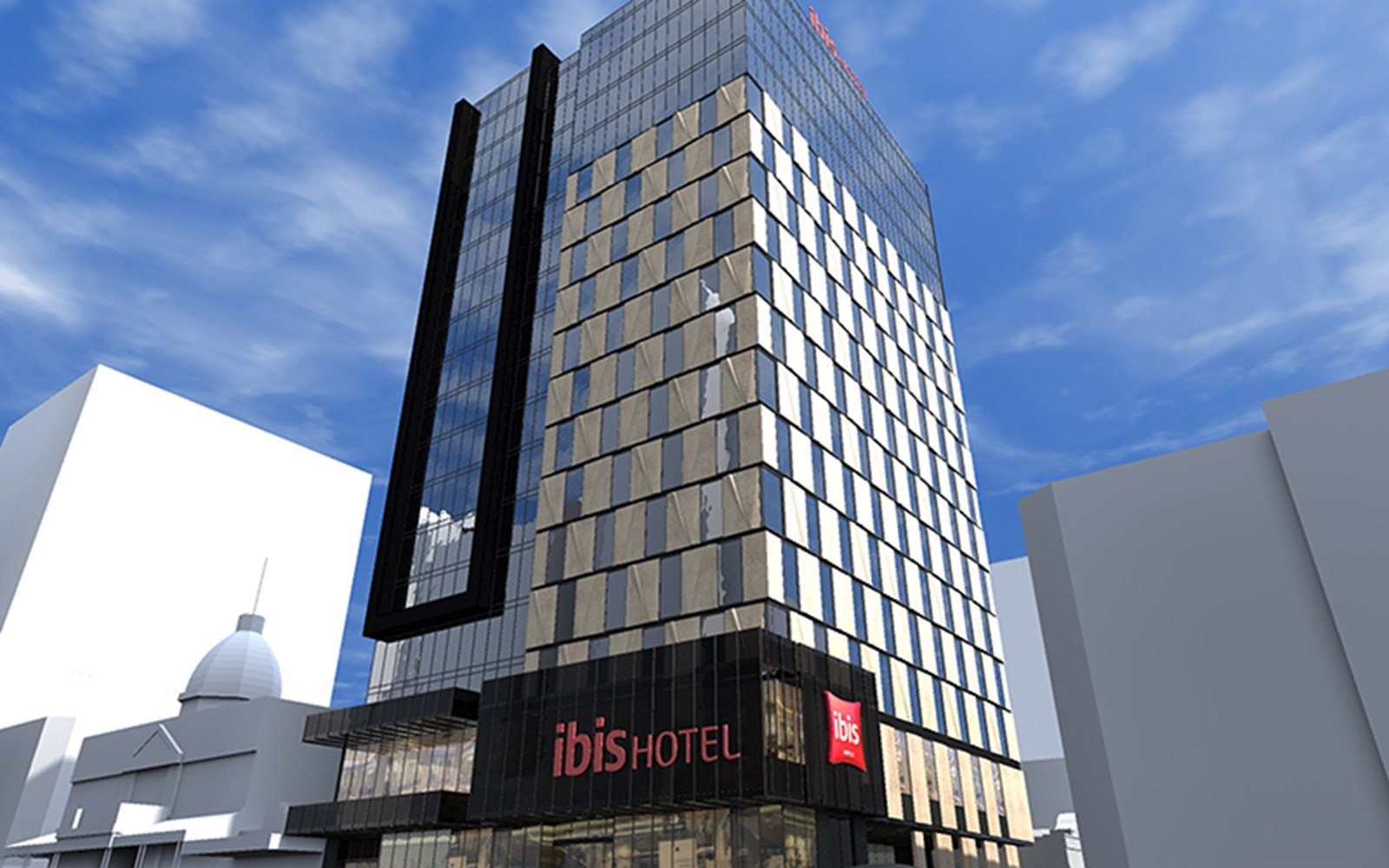 The decision to incorporate structural steel columns into internal walls to satisfy the modular design approach of the $65 million Ibis Hotel in Adelaide is optimising potential space and facilitating the myriad of services expected of a modern CBD business hub.

The largest Ibis Hotel in Australia at the time of its opening, the development also includes a ground-floor retail tenancy fronting Grenfell Street with the hotel located on a prime corner site at Grenfell and Twin streets adjacent to historic Adelaide Arcade.

The project’s structural engineer, PT Design Director Andre Vreugdenburg, said steel was chosen as it provided a lightweight option to load-bearing walls and a faster floor cycle with two floors of steel erected per cycle.

“Typical for a relatively small building footprint, it was important to maximise the available space within the guest rooms,” he said.

“Being a modular design with every room identical it would not allow for concrete column elements that is the traditional approach. The load-bearing elements had to reside inside the walls to make the floor plan work for the room layouts.”

So the primary design challenge for the accommodation floors was to incorporate the columns into the wall dimensions.

“The use of a small grid of small column sections that double and triple in number down the building as load increases, but are still contained within the wall thickness, is like an in-situ application of stacked container buildings,” he said.

The approach is particularly valuable for the tight CBD site that was previously occupied by a building with basements whose walls were on the boundary.

“As the new building does not have a basement, we were able to fill the existing space and locate columns and piles inside the boundary without having to remove the basement retaining walls, which is a huge bonus for the project,” he said.

Another front-of-mind consideration was the need to incorporate the ‘spaghetti of cables’ beyond basic lighting and power to accommodate a sophisticated array of communications connections and services.

“Being a functional building with a high intensity of services to all the rooms and lower floor areas means a very high level of integration is needed,” he said.

“The steel-framed solution is very accommodating of services penetrations both through the slab and through the steel beams. Small beams across corridors are encased within the slab to ensure clear space for services.”

Supporting 14 floors of hotel rooms on small columns also meant that there was no frame action available from these elements to resist wind and earthquake and the structural bracing integrity had to be achieved from cores and perimeter load-bearing precast shear walls.

He added that the main structural beams that needed to be fire rated were encapsulated within partition walls.

“Using a steel frame has allowed the structure to be hidden away within walls which are much thinner than those used with concrete construction,” said the project’s architect, David Girolamo of Pruszinski Architects.

“The biggest challenge when working with steel is ensuring the fire ratings are met.

“On this project, we have achieved the required fire ratings predominantly with fire-rated plasterboard systems. However, some smaller steel members have been treated with vermiculite.”