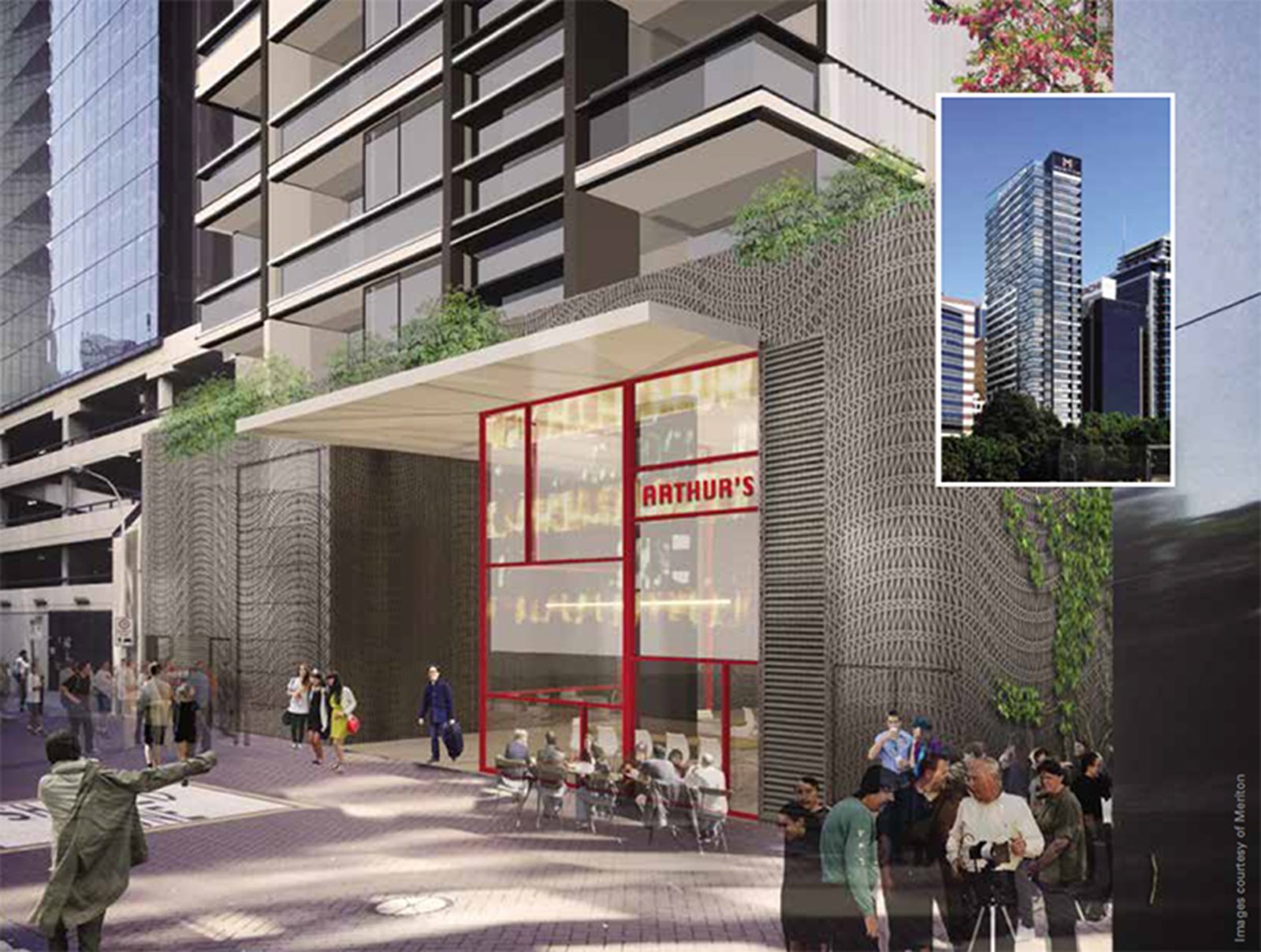 An innovative steel-framing approach has allowed a new residential tower in North Sydney to be redesigned with a structural steel frame that is expected to be completed six months ahead of the original schedule.

While steel-framed residential high-rise buildings are the norm in other developed economies such as the UK, the 30-storey tower being developed by the Meriton Group comprising 218 short-stay serviced apartments and a retail space is the first for an Australian high-rise apartment building.

“Steel appealed to me because it’s quicker than building with concrete,” said Meriton Managing Director Harry Triguboff. “You can never find out the advantages and disadvantages of a material by listening to other people; you have to try it for yourself.”

Meriton estimates that using structural steel would save up to 20% in the time needed to construct the building, which has an end value of $200 million.

“You’re talking big bucks,” said David Cremona, Meriton Group Head of Construction. “You’re delivering a product much earlier. It’s all about delivering that product to the client as fast as possible.”

Tim Boulton, Director at enstruct Group, explained that while planning approval was given on the basis of a concrete-framed building, Meriton wanted to investigate steel framing so they approached the engineering group to investigate and develop an innovative structural steel solution for the project.

“Early engagement with Liberty OneSteel assisted us to develop and present options quickly back to Meriton that they ultimately adopted as the structural framing solution,” Boulton said.

“Our early engagement with enstruct and Meriton provided the opportunity to understand the requirements of the project and develop an innovative supply-chain solution,” David Bell from Liberty OneSteel explained.

Boulton said that the structural flooring system uses 210mm-deep trapezoidal steel decking positioned between steel beams within the depth of the concrete slab, rather than having the steel beams below the decking as is the standard approach.

For this task, BlueScope Fielders supplied 20,000sqm of its CF210 KingFlor® decking profile, which is supported on Liberty OneSteel’s Universal Beam or Universal Column sections fitted with a suitable bottom flange seating plate.

“Historically, the traditional steel construction depth varies from 450mm to 650mm, which has generally precluded the use of steel-framed structures in apartment building design given the increase in the overall height of the building,” said Nathan Jack, BlueScope Fielders National Commercialisation Manager.

“Through the use of the CF210 profile, the construction depth of the flooring system is reduced to 290mm, which competes favourably with concrete-framed buildings and, in comparison, contributes significantly to faster construction times.”

Boulton said the speed of the steel-erection methodology necessitated the use of a double-height jump form to construct the concrete core. Columns are generally three storeys high and fabricated using Austube Mills C450PLUS hollow sections.

“We worked with the project’s steel fabricator, Pacific Steel Constructions, on a temporary bracing system tied to the concrete core for temporary lateral bracing of the structure,” he said. “We also did significant work on temporary construction connections by developing an efficient modified fin plate type connection to provide the necessary capacity prior to the concrete being laid.

“And we also liaise closely with Pacific on erection sequencing to dovetail neatly with input from the other trades onsite.”

Con Diakos, Director of ASI member Pacific Steel Constructions, said a key to the success of this steel project is to provide a relatively simple structure that has repetition and can be reproduced systematically as the building rises.

“Given that installation takes about half the time of fabrication, we needed to be at least 12 floors in front in fabrication from commencement to maintain uninterrupted supply to site,” he said. “We have been fabricating for several months now to be well in advance with the structure. Our biggest fabrication challenge is in managing our resources and operating 24 hours to maintain the program.

“The installation is being done three floors at a time, essentially building a three-floor module in each cycle. Repetition in the floors generates increased productivity.”

Pacific engaged erection specialists Santana Studwelding to supply and install the steel decking, which is pre-cut to length and quickly laid out into position.

“We designed temporary steel bracing at the third floor of each module to maintain the stability of that module until the lower two floors have been poured and secured. We then removed the temporary bracings for the third-floor concrete to be poured on the steel decking and we reuse it again for the next three-floor module,” Diakos said.

“Through maintaining member sizes and increasing stiffeners and bracings to compensate for any lost strength, the steel design has been kept simple.

“We have used CNC processes for all the steel on this project. Even the temporary bracing is bolted to enable it to be reused on the successive modules up.”

There are also some load transfer trusses on level four that would not have been possible with concrete within the narrow design envelope.

“Notably, it’s infinitely recyclable. Coupled with steel’s inherent strength and durability, steel can extend the life of a building.”

Constructed out of 850 tonnes of structural steel, the first structural steel columns were erected in May 2015. The structure is expected to be completed by the end of 2015 and ready for occupation by early 2016.

Click here for more information on the structural system adopted for 80 Arthur Street.

See the following videos presentations on the use of steel in 80 Arthur Street, Sydney: