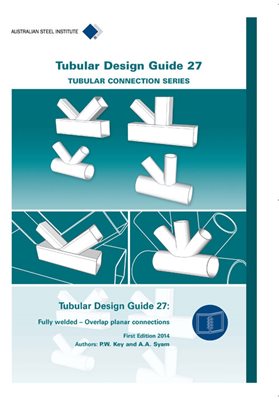 This publication is the eighth part of the set of 8 Tubular Connections Series books.

In addition to the usual K & N overlap connections, guidance is also provided for KT connections, the topology of which is a combination of K and T connections.

This title can be also purchased as a bundle of a hardcopy and single user ebook.